Jo a podle obrázku je to stejný jako u EOS 500 a s tím to nemluví.

The first EOS cameras, the 600 series, did not ship with shutter release sockets but had optional handgrips (GR-20 handgrips) which had plugs for shutter releases of the T3 variety. Several other EOS models of the late 80s and early 90s - notably the 1, 1N and 5/A2/A2E - shipped with T3 connectors built in. A few - notably the Elan/100, the 10/10s and the Rebel/1000 line - lacked support for any kind of wired shutter release at all.

T3 connectors are a proprietary electrical connector and are not supported by anyone but Canon. And sadly they’re fiddly and annoying to deal with, especially if you’re trying to fit a shutter release to your camera in the dark, as they’re tricky to thread on.

Cameras which have T3 connectors:

Cable Release Adapter T3. A device with a switch on the end of a short length of cable which adapts old-style mechanical shutter releases to all EOS cameras with T3 wired connectors.

Most midrange EOS cameras since the mid 90s and consumer EOS cameras since the late 90s come with standard 2.5mm (3/32" in the USA) audio three-connector sockets for remote shutter releases. These connectors, named “E3” by Canon, are handy since they’re commonly available and thus homemade shutter releases (see below) can easily be made. You can also make an extension cord for this type of connector as well - just get a headset extension cord for a cellular phone which uses 2.5mm stereo plugs. The downside is that the tiny plugs are a little fragile and do not lock, which means they can come unplugged easily by mistake.

Cameras which use 2.5mm miniplugs:

Remote Switch RS60-E3. A simple wired remote with a 60 cm cord. Two position button with optional lock feature for long exposure (bulb) photos. Note that there is a minor naming inconsistency between the RS60-E3 and its sibling, the RS-80N3. 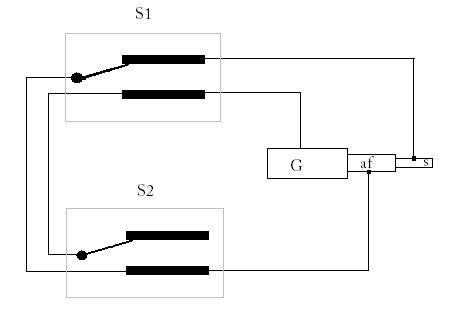